The Library will be closed Monday, January 17th, for the Martin Luther King Jr. Holiday.

Jumping Into Fire - History of the 555th Parachute Infantry Battalion

Don't forget about this event. Add it to your calendar.

Let your friends know about this event! Share it on social media.

Want to be reminded about this event? Complete the form below to have an email notification sent to you 24 hours prior to the event.

The 555th Parachute Infantry Battalion (PIB) or Triple Nickles (their spelling), was the first all-black airborne infantry unit in military history.  Their WW II story is one of bravery, service and patriotism during a time when American society and the military were both harshly segregated.  After this unit had completed airborne training and advanced infantry training and were combat ready, they were denied an opportunity to join the fight overseas.  Instead, they received classified orders in the Spring of 1945 and sent by train to Pendleton, OR.  Once there they learned of their classified mission and hurriedly cross trained to be smokejumpers. Their classified mission was known by the code name Operation Firefly. Their mission was two-fold: one, to find, deactivate or destroy Japanese balloon bombs; and two, the suppression of wildland forest fires.

The men of the 555th jumped and fought fires in seven states and southern Canada during the summer of 1945, as well as fought fires of racial hatred.  Most of the wildland fires fought were in Washington and Oregon.  Racial hatred was a constant challenge.  One of their men died on a fire jump in Oregon only a short distance from Coos Bay, on Lemon Butte.  This is the little-known story of the men of the Triple Nickles and Operation Firefly. 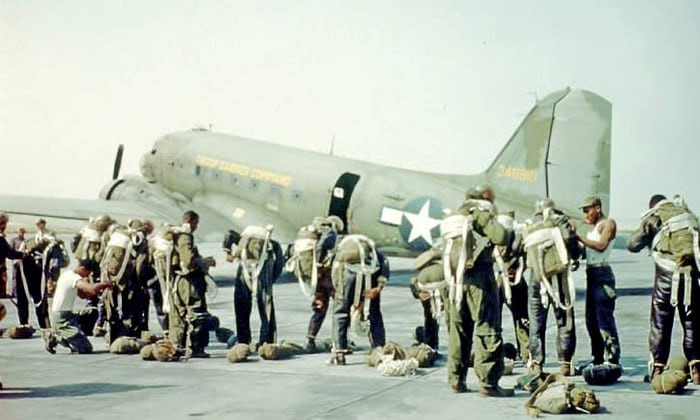